[an error occurred while processing this directive]
Contact
Home > MAS >

This edition covers some of the highlights of the first half of the year at the HCA. We welcome a new colleague, Prof. Dr. William Grange to our staff, who joined us this February. In addition to that, we are going to take a look at the achievements of one of our MAS program’s alumni Mr. Raymond Eberling as well as the experiences our current MAS class has made on their trip to Berlin. In March the HCA hosted both the seventh edition of the annual Spring Academy as well as the HCA’s first multilingual conference in cooperation with UNESCO. And starting in October the HCA is going to offer a Bachelor program in American Studies.

On March 31st, the deadline for the applications for the MAS Class of 2012 expired. As in previous years, postgraduate students from all over the world applied for the three semester program at the HCA. In all, students from fifteen nations, such as Albania, Azerbaijan, Brazil, China, Ghana, Palestine, Sudan, Turkey, the US, Germany and other European countries sought to take part in the MAS experience.

Online applications for the new MAS class of 2013 will be accepted starting October 2010, with March 31, 2011 being the closing date for applications.

This fall the HCA’s MAS program goes into its seventh year. Since its establishment in 2005, the program gave 109 students from over 32 nations the possibility to gain inside knowledge on the United States from an outside perspective.

Welcome to the MAS – William Grange

Prof. Dr. William Grange, recently the Hixson-Lied Professor of Theatre Arts in the Johnny Carson School, joins the HCA as a guest professor for the summer semester 2010. Dr. Grange is teaching a lecture in the summer semester entitled, “The Golden Age of Hollywood.” Here, Dr. Grange offers a brief look into his academic background and his plans at the HCA.

When the German Academic Exchange Service wrote to me in 2008, asking me if I were interested in another guest professorship in Germany, I stated that my first choice of a position was Heidelberg. I had attended Heidelberg for one year as an undergraduate, and I felt that I had something to offer students in the American Studies Program in the fields of my specialty, which are theater, drama, and film. I was delighted when the American Studies program offered me the position of guest professor in the Summer semester of 2010.

I’m the author of nine books on the performing arts and literature, and my tenth volume will be published later this year. I have also published a number of articles, essays, and reviews in various scholarly journals, while presenting papers at over 30 scholarly conclaves and symposia. I’m the recipient of several awards for my teaching and scholarship (including three Fulbright grants, grants from the Harry F. Ransom Center at the University of Texas, from the Dorot Foundation, the Jane Robertson Layman Fund, the National Endowment for the Humanities, and the Mellon Foundation). I feel extremely fortunate to be with the American Studies Program this semester, teaching a course titled “The Golden Age of Hollywood,” while also teaching a course in the Anglistisches Seminar on American drama. I find the students to be curious and eager to learn about a subject to which they have little prior exposure. That students from around the world come to study in Heidelberg about the United States is a great opportunity for me to share my knowledge and experiences of American culture, in which I have directly participated as an actor, director, scholar, and teacher for the past 35 years. I look forward to reading the research papers of my students, who have expressed interest in a variety of topics and a willingness to undertake the arduous task of independent research.

Ray Eberling who graduated from the MAS program in 2006, is now in his third year of the HCA’s PhD program. His research project is titled "Come on Down!" The Selling of the Florida Dream 1945-1965," and explores the intersection between politics, growth, race, and media in postwar Florida. His adviser is Prof. Dr. Manfred Berg, Curt  Engelhorn Chair in American History, University of  Heidelberg.

There is hardly any other place in the World where history and culture manifest themselves with the same intensity as in Berlin. As students of the MA in American Studies of the University of Heidelberg, we had the chance of spending a week in this incredible place. And the consensus is that it was the most exciting week of the program. 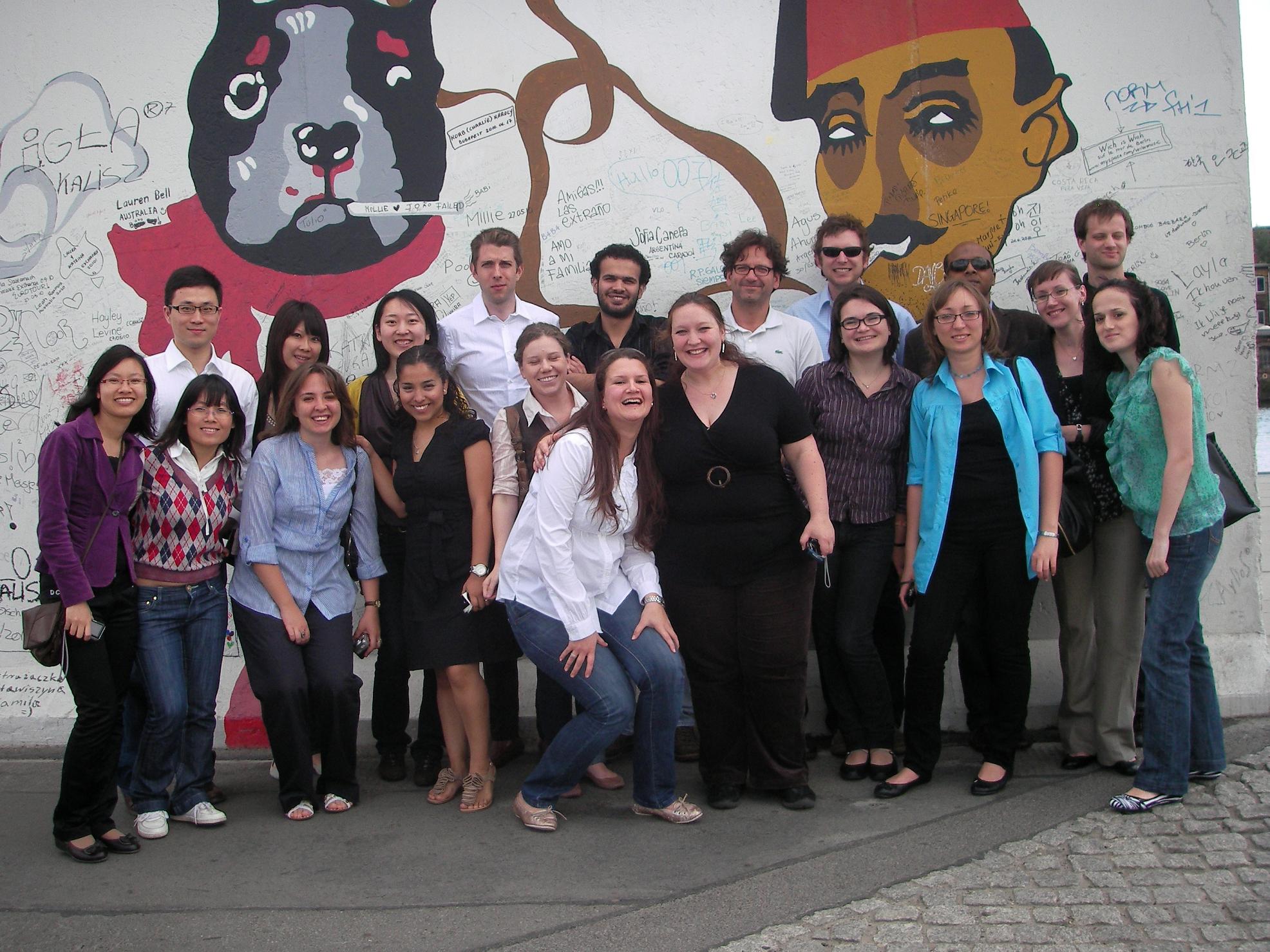 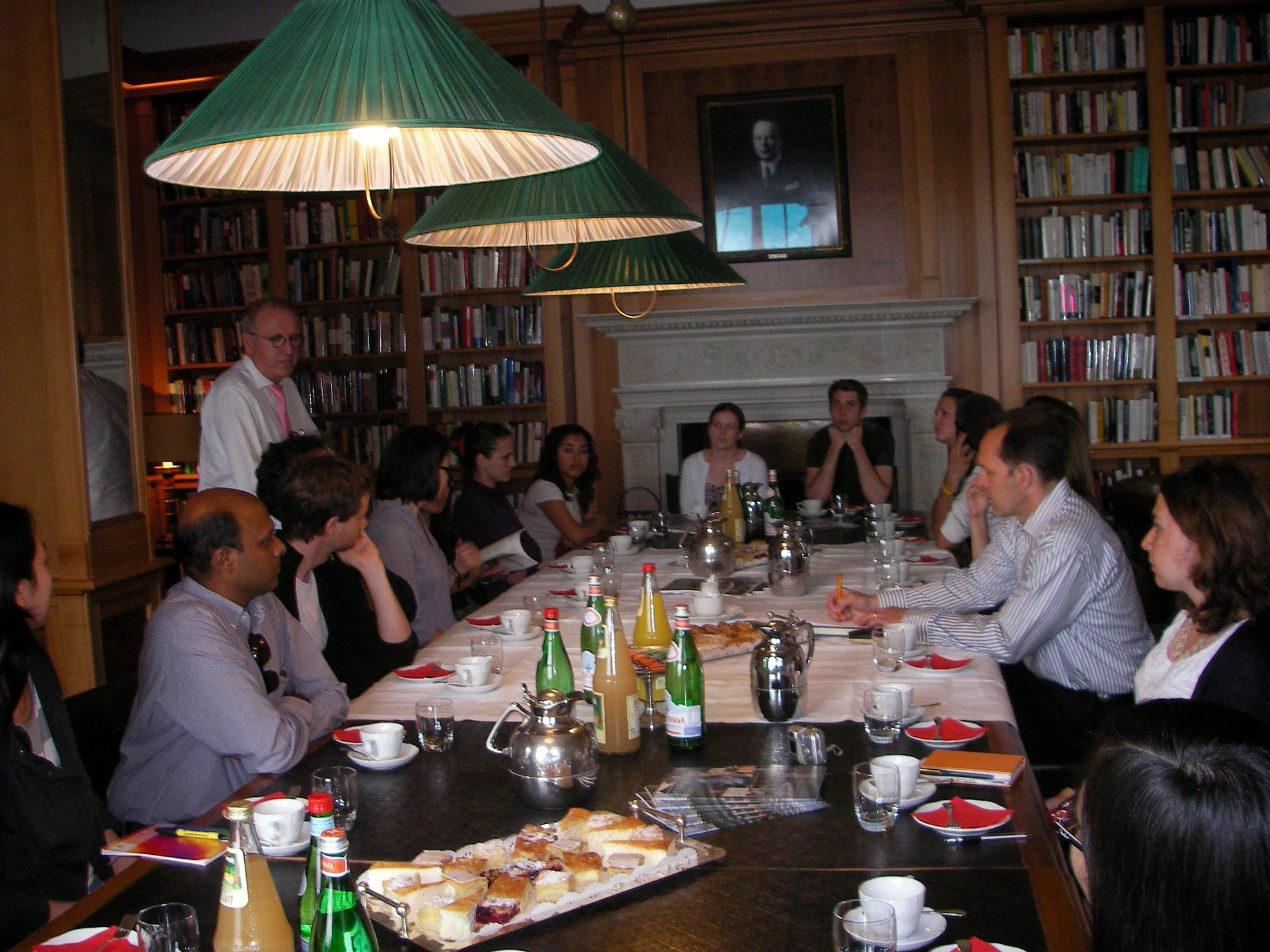 A guided tour around the city was our first activity after arrival. This allowed us to get an idea of the importance of Berlin in the recent world history and the crucial role it still plays as the capital of one of the most influential countries in our times. After the tour we went to a conference- reception “Intellectual Bridges to the Future? Policy Advice and Policy Development: Canadian and German Experiences” at the Canadian Embassy, where we had the chance to exchange opinions on different issues with renowned professors and the Canadian ambassador. Even though our day had been already long enough, it did not end there. Far from that: the reception in the Canadian Embassy was a perfect overture for a night of fun like only Berlin can offer.

Next stop in our trip was the Kennedys Museum, a comprehensive compilation of photographic work, official and private documents about the Kennedy family, located in front of the Brandenburg Gate. The guided tour in the museum exceeded our expectations, providing us with information and anecdotes usually unknown to the general public. Even for those who are not Kennedy fans, it is worth visiting this place if they are interested in broadening their knowledge about history.

The reception in the American Academy was even more impressive. A nice chalet in front of a lake located outside Berlin, the Academy looks like a perfect place to stay for a couple of days and relax. But relaxing is not precisely the motto of the institution. Quite the contrary, it is known worldwide for its academic activities and its distinguished guests. Among them was Professor Charles Marsh from the University of Virginia, with whom we had the chance to talk for two hours about American religion and Dietrich Bonhoeffer's time in America.

Other activities included a visit to the world’s largest Frida Kahlo exhibition. The over 120 paintings and drawings on display in the Martin-Gropius-Bau represented the most extensive exhibition of Frida Kahlo’s oeuvre to date. It also contained works never before seen and assumed to be lost. Visited by Angela Merkel and Mexican President Felipe Calderón, the exhibition offered us an opportunity to get familiar with the work of one of the greatest artist of the 20th century.

Politics was, of course, also part of the program and since the Bundestag is one of the highlights of every visit to Berlin, a guided tour in the heart of the democracy, with explanations on how the German political system works gave us the opportunity to gain a direct insight into German politics. We all left with copies of the German constitution, which were given to us for free. Without any doubt a smart way of spending German taxpayers’ money.

We ended our trip with a visit to the JFK Institute for North American Studies of the Free University of Berlin, one of the oldest and most influential academic institutions devoted to American Studies in Europe. There, we got to know more about the library, the largest North American Studies collection in Germany, and the different opportunities to pursue a PhD in this institution. With generous scholarships and an excellent reputation, the idea of moving to Berlin and studying at the JFK Institute did in fact sound very exciting to many of us.

Besides the great experiences that a city like Berlin offers, all students had the chance to get to know each other better through spending time together and taking part in different activities. So, to sum up our week in Berlin, it was as intense and exciting as the city itself is: full of cultural, political and recreational activities. The only problem, if there was any, is that it was too short.

From March 21 to March 26, 2010, the Heidelberg Center for American Studies hosted the Spring Academy for the seventh time. Out of 128 applications 21 participants from Europe and the United States were invited to present and discuss their dissertation projects at this international conference on American history, culture, and politics. 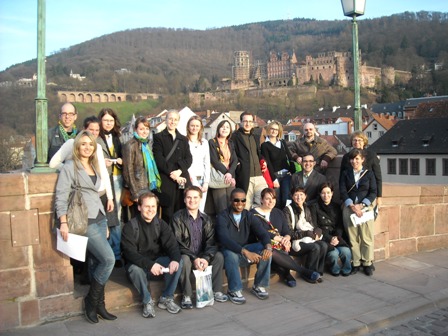 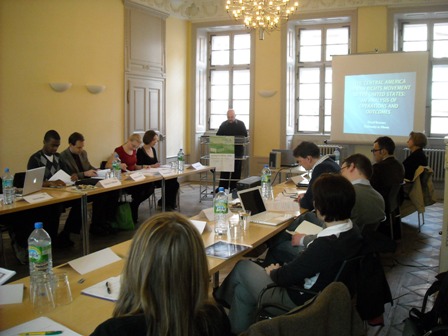 In addition, four experts in the fields of African American studies, cultural studies, history, and literature each held a workshop related to the topics represented. Thus, participants were able to debate different themes connected to American Studies in a historical, as well as contemporary, context. Several social events gave participants the opportunity to continue their discussions informally and to establish future contacts.

As in previous years the conference was graciously supported by the John Deere Corporation, world’s largest producers of agricultural and consumer equipment. The full conference report can be found here.

UNESCO Conference at the HCA

On the fourth and fifth of March, the Heidelberg Center for American Studies hosted in cooperation with the United Nations Educational, Scientific and Cultural Organization the third and final symposium that was dedicated to analyzing UNESCO’s role during the Cold War. 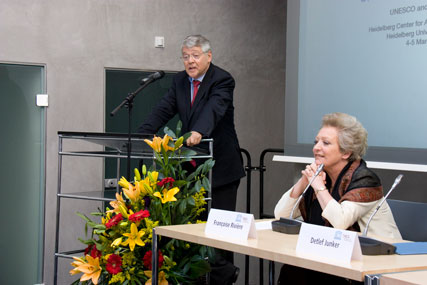 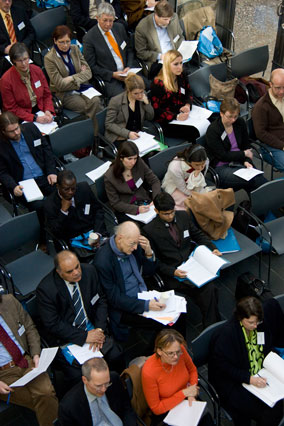 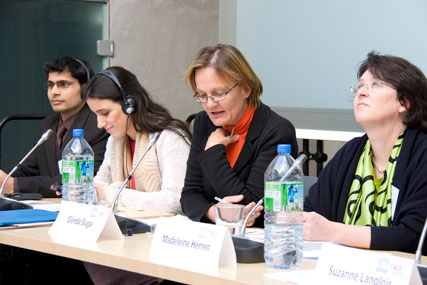 The two-day conference examined the often overlooked role of the organization in mitigating East-West conflict through cultural, educational and scientific spheres. Furthermore, the conference contributed to the growing discourse on ways in which the history of intergovernmental organizations can enrich understanding of transnational and transcultural histories.

The introductory speech by Prof. Robert Frank was followed by four sessions “UNESCO and the Member States: In the Turmoil of Cold War Politics,” “Engaging the Other Side of the ‘Iron Curtain,’” “In the Struggle for Peace and Mutual Understanding” and “UNESCO: A Platform for Promoting Culture, Science and Education” before a final, round table discussion took place. Further information on the sessions can be found here. The findings of the conference will also be presented at the International Congress of the Historical Sciences meeting in Amsterdam this August.

The conference ended with a festive dinner at the historic student club and restaurant, Zum Roten Ochsen. The full conference report can be found here.

New Bachelor of Arts in American Studies program at the HCA

Together with the Ruprecht-Karls-Universität Heidelberg the HCA launches a new B.A. in American Studies program this fall with the coming winter semester 2010/2011.

The B.A. will set a strong focus on multi- and interdisciplinarity, connecting the Heidelberg Center for American Studies (HCA) with the Universities English department, Department of Geography, History Department, Institute for Political Science (IPW), the Law Faculty, the Faculty of Theology (WTS) and the Research Center for International and Interdisciplinary Theology (FIIT). The result of this joint effort is a B.A. in American Studies program whose broad range of subjects is unique and outstanding in its field, combining literature, cultural studies, history, politics, theology, geography and law.

The B.A. in American Studies will admit 25 students annually and will begin each winter semester, admission during the summer semester is not possible. The deadline for applications was July 15, 2010, the next application cycle will begin on June 1, 2011 and end on July 15, 2011.

Distributed by
postina.net, Heidelberg
This is a cost-free, non-profit service. No addresses or other information will be forwarded to third parties.