MAS 2007: End of Application Process
Inside MAS: Heidelberg through Chinese Eyes
Berlin Seminar 2006
A New Location for the HCA


we would like to share the international and creative atmosphere of the HCA with you. Therefore the title of this edition of our MAS quarterly newsletter: , and the World. We hope you find the subject interesting. We appreciate your feedback.

Please feel free to share this information with anyone interested in American Studies by clicking on this recommendation link.

On March 31 the application deadline for the MAS 2007 expired. The MAS coordination team received nearly 100 applications from places as distant as , and . However,sometimes it takes a long way to come a short way back and so was the home of theapplicant closest to the HCA.

To join the MAS does not just mean enrolling in an American Studies program. Students experience
inside knowledge and an outside perspective among colleagues with backgrounds as diverse as the
members of the UN. Our online application for the MAS 2008 opens October 2006.

For a large version of this map showing where our applicants come from, please click here.

Inside MAS: through Chinese Eyes

The recipient of the Director’s Fellowship 2006, Miss Shuge Wei from , describes her first impression of the , she is now living in for half a year: 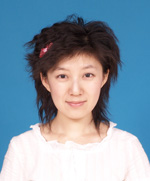 Fairytale, is the best word I can come up with to define the impression of Heidelberg, both when  I was thousands of miles away, getting to know it through pictures, or as I am living in the city, experiencing every dawn and dusk within its embrace. The fairytale flair lies in the castle. Standing up on the mountain, surrounded by lush green forests, the ruins of the tower remind people of the rise and fall of the family of the Palatine Elector. Roman vault, Gothic arch and Baroque sculptures, all present a contrast to the pagoda palaces in . Coming from a historical city, , I have been “immune” from the abstract ages an architecture claimed, but still deeply touched by the concrete architecture, which people generated to express ideas then, becoming the monument to interpret history today.

The fairytale flavor is found also in the serenely flowing , and the stately arched spanning over it. Walking along the , I can´t help marveling at the scenic splendor I encounter with every step forward with the mountain, the castle, the river and the bridge matching each other in every way.

But unlike the fairytales there is not just a Prince and Princess living happily ever after. In this city with hundreds of years of history live young students. , the oldest university in , attracts people from all over the world. It is common to see people of different color attending lectures in the same room, contributing their thoughts with their own cultural flavor and perspectives. Young people are always after fashions. They listen to rock music and dress themselves in unique styles. The background of the historic buildings contrasts with the fashion of the young people, history contrasts with modernity.

At night takes off its formal gown and shows another face. Clubs are thriving at night. Students, who actively participate in class during the day, indulge in their social life now, talking, relaxing, and dancing wildly with their favorite music, rock, pop, or jazz. On weekends nightlife really starts at midnight. It is a common occurrence to see young people
in the small and old streets. Apparently there is also a long historical tradition of such student festivities. After experiencing this I now understand why the university officials of past ages set up a student prison to punish offenses of disturbance of peace, insulting official authorities or playing jokes on them as well as participating in dueling. However, I wonder if the iron grating windows could really lock away the overflowing animation of youth and vitality. , a city combining natural beauty, historical heritage and modern culture, is truly a place to loose your heart.

After all the term papers and exams of the Winter Semester were completed, our students of the MAS 2006 set off on a weeklong excursion to from April 9 to April 13. The students enjoyed an inside view of the of the past, present, and future in a German, transatlantic, and global context. The overall theme of the excursion was transatlantic relations. 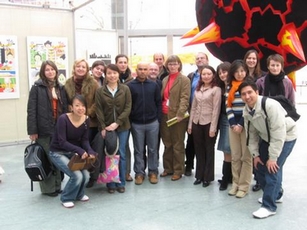 After the five-hour train ride to on Sunday, the MAS students first went on a city tour to get an overall orientation on sites of the city. Hardly any of the 17 had been to before so that there was much to discover. Most striking to our students were the remains of the Berlin Wall, the TV Tower, Unter den Linden and the where the group took advantage of the English language movie theatre to end the day with a screening of “Good Night and Good Luck”.

Though the forecast predicted rain for most of the week, we were lucky and made our way to
the Free University in bright sunshine the following Monday morning. At the John-F.-Kennedy Institute we were welcomed by Dr. Dolata-Kreutzkamp. She outlined the history and research profile of the institute and familiarized our students with the library and location. In the afternoon, Prof. Charles Molesworth invited us to a presentation of his research on Alain Locke at the . This trip to the Wannsee was both academically highly rewarding and very enjoyable.

Tuesday took us to the CDU/CSU parliamentary group Unter den Linden. Ludger Siemes of the Work Group Foreign Policy treated our students to an exclusive tour and an extensive question and answer session about Germany´s governmental stand on Foreign Policy. This world spanning perspective was carried further by the following visit to the German Foreign Office where Simone Stemmler from the USA/Canada desk met us for a detailed lecture on German-American relations at the eve of Chancellor Angela Merkel´s second meeting with George W. Bush.

Wednesday was the day of the “”. First the Peruvian Embassy invited us to a lecture on Peruvian Foreign Policy and generously treated us to Pisco Sour, the Peruvian national drink, and to the excellent Peruvian national cuisine at our reception with Ambassador Carlos A. Higuera. We were very glad to be given this opportunity to get more insight into the history, politics and culture of the mother country of one of our students. In the afternoon we went to the cultural affairs section of the US Embassy for a discussion with Vice Consul Neda Crespu who gave us an intimate look into US Immigration and Education policies.

Our trip was concluded by a visit to an NGO that is highly devoted to International Cooperation, the Konrad Adenauer Foundation. In the splendor of the foundation´s Tiergarten location, Dr. Helmut Reifeld introduced us to the work of the approximately 100 international liaison offices and outlined the international funding activities this foundation pursues in many of the home nations of the MAS students.

A New Location for the HCA 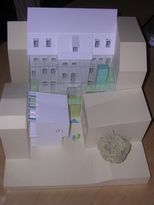 On May 5, the Curt-und-Heidemarie-Engelhorn-Palais became the new location of the HCA. It is conveniently located near . The new address is now: for American Studies, Hauptstraße 120, 69117 .

Although the staff of the HCA has already moved to the new location, it will take at least a year until the final construction work is completed. Aside from the offices for the staff and guest researchers the future HCA will then feature a new lecture hall, catering facilities and communication rooms. The image on the right depicts a model of the future HCA.

For a large version of this picture, please click here.

This is a cost-free, non-profit service. No addresses or other information will be forwarded to third parties.